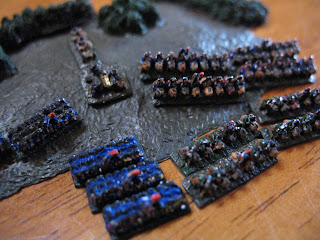 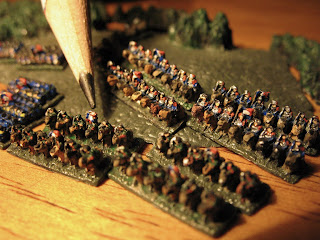 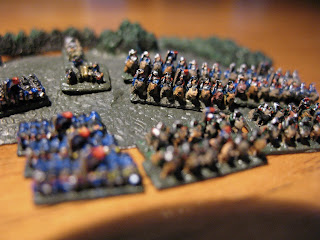 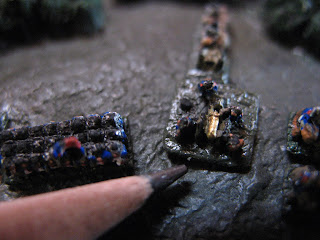 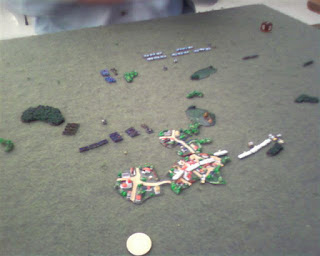 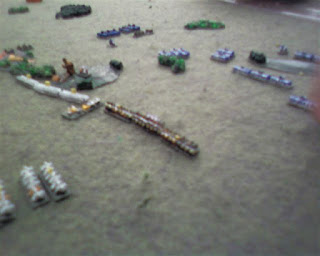 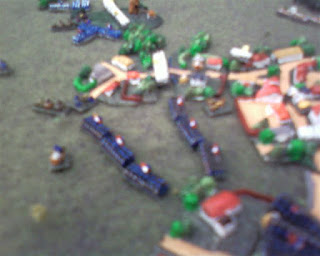 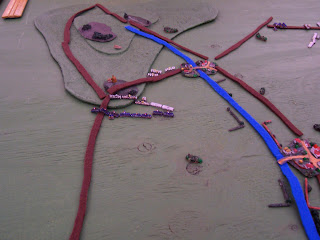 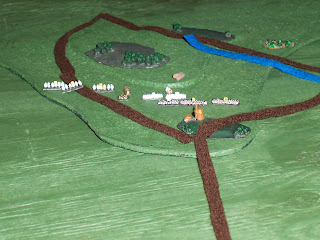 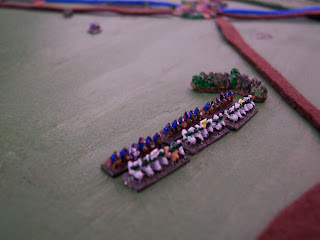 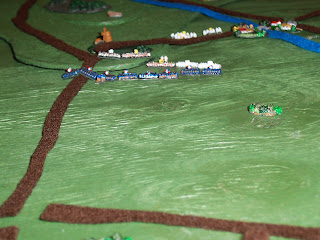 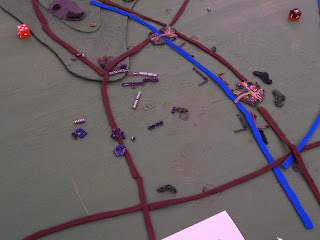 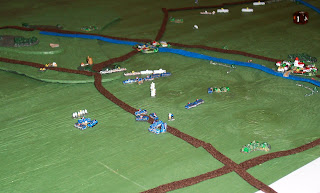 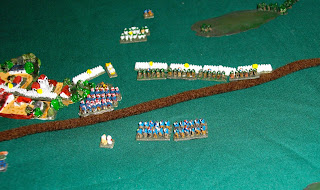 Early Austrians in 1/72 and a more generic version in 2 mm scale are the figures currently getting attention from the brushes chez moi. I recently moved proceedings inside the house as night-time temps have been consistently just a few degrees (celsius, of course).

Now that I have completed faces, packs and muskets on the above 216 infantry (and a bit more on their 2 mm counterparts), I am ready to move to the facings, white uniforms and white/blue trousers (a couple of Hungarian regts being amongst them), so will also pick up on the early French that have been waiting patiently for some months!

The next four of my '21 Napoleons' are a bit more advanced and will be progressed to completion, with guides and consular guard in tow.

I also have some figures for later years of the Napoleonic era that will get additions when I have some of an appropriate colour paint dispensed that I want to use up. 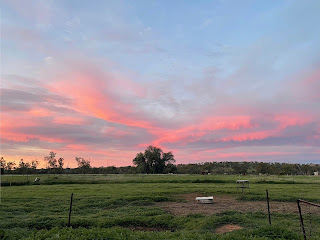 The third in the trilogy is available as a pre-order, due for publication in May! 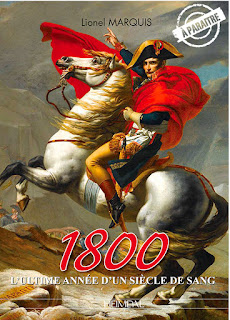 Visit the page dedicated to the book on the Éditions Heimdal website to pre-order, or put it in your 'pocket' to consider once published. 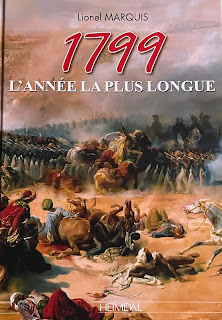 Pre-purchased in September, printed in May, released in June, arrived in our PO box yesterday. The speed with which it reached me after publication was the first of many aspects of this book that have impressed. I have titled this post a book 'quickview', rather than a review, as I have not read it, but flicked through it extensively, over several hours of last night, enjoying each turn back and forth through the pages.

Marquis' earlier work, 1798, Bonaparte et la campagne d'Egypte, joined my collection soon after it was published in early 2020. That book, covering 1798, with particular focus on the Egyptian Campaign (a little over half of its 192 pages) is effectively part one, the current tome being the second part. I was so impressed with the 1798 book, that this one was an immediate purchased. There has been no buyers' regret.

1799, l'année la plus longue is a visual delight. There are images of people, battles, events, troops, uniforms and maps. Many, many are contemporary prints, others are classical paintings (some known and many that are new to me) and quite a number of the cartoons (pen and ink drawings) by Job (Jacques Onfroy de Breville) from George Montorgueil's Bonaparte, first published in 1910—a real treat. All of the images are reproduced clearly and most of them are in colour. Each image has a caption clearly describing it as well as noting the creator and source. 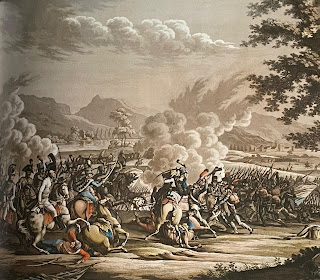 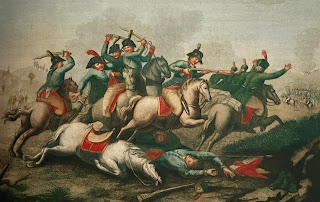 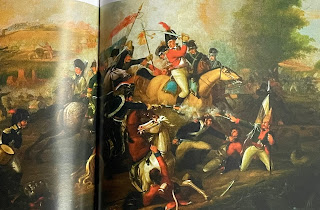 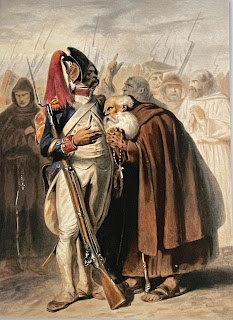 My 'gooey-ness' for this book so far comes from the visual, but even a skim of the book's five chapters reveals the excellent content. They cover France at the start of 1799 (nation, politics and internal divisions), the states bordering France and their armies, the campaign in Syria, the campaigns in Germany, Italy, Switzerland and Holland and, lastly, 18 brumaire. Five appendices round out the book with information about the members of the commission of sciences and arts who accompanied Bonaparte's army to Egypt, the formation and activities of the Egyptology Institute, the full text of the new constitution that was proclaimed in Paris on 15th December and a chronology of the year 1799. 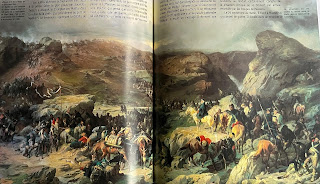 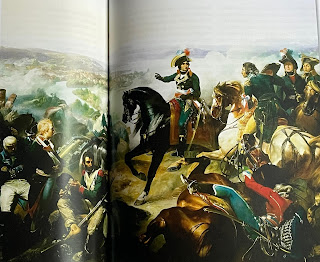 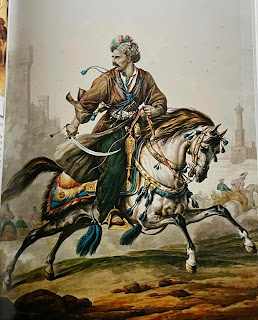 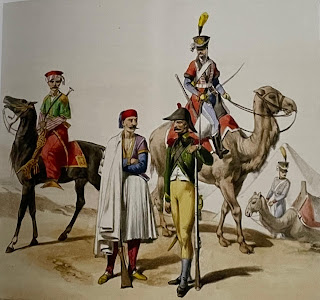 In various chapters there is information about the armies, strength, organisation and make-up down to the unit level. This is complemented by orders of battle that are dotted throughout; in appropriate locations related to the battles under discussion. The third and fourth chapters covering the vast number of battles that occurred in 1799 includes information about the leaders, movements and numbers of troops, with some actions described in great detail (e.g. the Siege of St John d'Acre, Battle of Mount Thabor, Battle of Aboukir, Battle of Ostrach, Battle of Stockach, Capture of Alessandria, Battle of St Gothard and first and second battles of Zurich).

A real bonus in the book are the 77 pages of biographies of the main people associated with the events of the year. These are divided into the key actors (political and military); non-military people; Austrian, Russian, British and Egyptian-Ottoman generals and French generals. These biographies are inserted, a group at a time, between the chapters. For each person we are given their place and date of birth, date of death and biography up to 1800 (or sometimes a little later). 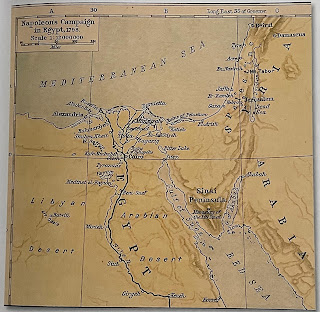 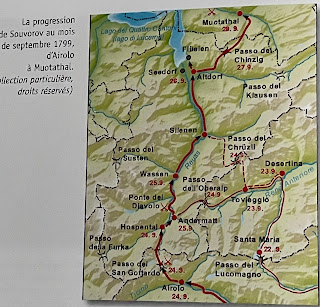 I'll read this gorgeous, hefty and beautifully printed book properly and in its entirety in time, as my chronological approach dictates. For now it is a joy to leaf through, looking at the plethora of piccies, reading the captions and dipping into the text. A delight to have on the shelves. 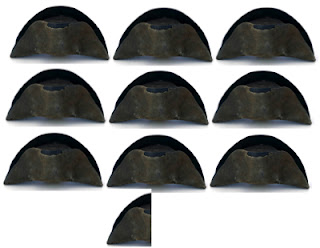