Some 'essential' reinforcements that I purchased recently featured limited box artwork that Hat are using for some of their re-stocked sets. 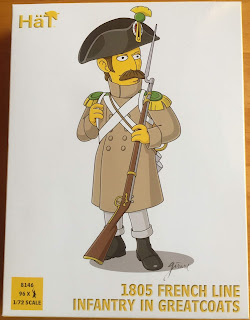 Not surprisingly, the use of this artwork has met with mixed responses. Some people consider that it belittled the figures, misleads potential purchasers, or fails to 'inspire' about the contents. Personally, while I would not like to see it used in all cases, I enjoy the creativity and humour and like it as a limited edition for restocks. I was particularly happy to get some examples as I like to keep the box artwork, cutting-up the boxes so as to stick them in a scrap book (or two!). 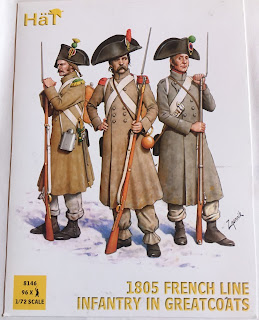 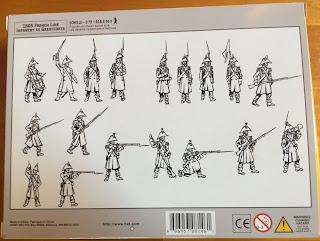 Box contents of set 8146, which is featured on both the original and re-stocks with the limited artwork.

For those who are not aware, polystyrene-plastic 1/72nd figures come in cardboard boxes, a feature of which is the artwork on the front. This is generally a representation of the arms and uniform(s) of the figures within or perhaps of the troops in action. It does not show the actual figures in the box, this is represented on the back by line drawings or photographs of the figures, usually to scale. 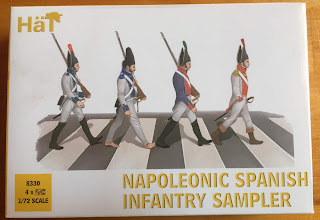 A 'new' set that was amongst my purchases is this Spanish infantry 'sampler'. It contains a sprue form each of the previously-released Spanish light, grenadier, line and command sets and also features limited edition artwork. This is a particularly nice touch as it is 50 years since the release of Abbey Road. Below: the back of the Spanish sampler box. 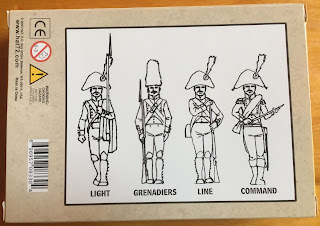 Another relevant point—which I only became aware of in fairly recent times— is that, while plastic moulded figures are less expensive than their metal cousins for the consumer, as they can be produced en-masse (and with plastic), the moulds are extremely expensive to produce and represent one of the greatest costs for the manufacturer. This means that the number of sets in any period or genre is limited and, generally, a single set is produced for each troop type.

Also, once a production run has been used up, i.e. purchased by collectors, wargamers or diorama makers, it will be unavailable until a run of restocks is produced by the manufacturer. This may take time to happen as it needs to fit with other sets of figures that the figure manufacturer wants to produce and, more importantly, must get into a factory's production line (between the other, numerous plastic items). A set of figures may therefore be unavailable for months or years. In some cases it may never appear again, if the mould that was used was produced using cheaper materials, meaning that it was destroyed or damaged in the production process.

Of course, these facts are all good, justifiable and perfectly 'rational' reasons for purchasing numerous copies of a set when it is available (ha,ha)!

The manufacturer Hat, who have produced over 300 sets of figures over 200 of which are of Napoleonics, have been particularly good at keeping their product on shelves. All this production, along with a change of ownership, caught up with them recently so several sets had become unavailable. They have therefore spent most of this year producing restocks, some with the limited edition artwork.

The runs of restocks is a pleasing development to me since there were some sets that I 'needed' that were out of stock. This has now been rectified. The use of the limited artwork means that I'll be purchasing some other restocks, that are not so 'essential' to me, purely to get a copy of the enjoyable, creative and limited artwork!

Images below are of the original and limited edition artwork for restocks of sets of figures for the Napoleonic Wars. The Dali-inspired image for the Spanish line infantry and old flat figure for the Prussian hussars are rippers! 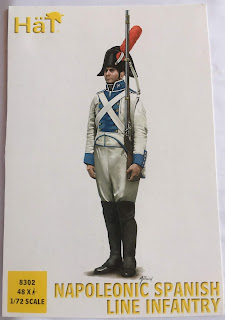 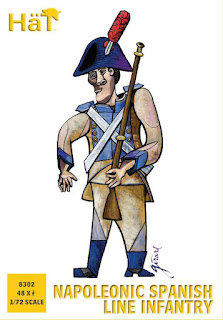 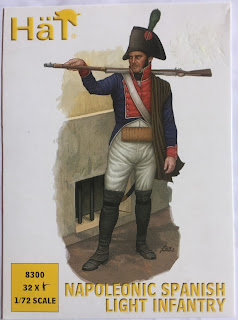 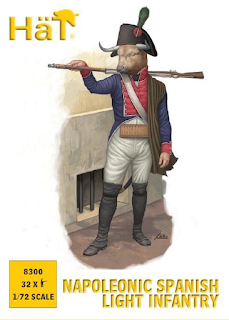 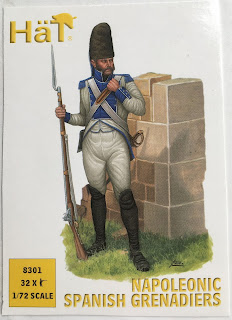 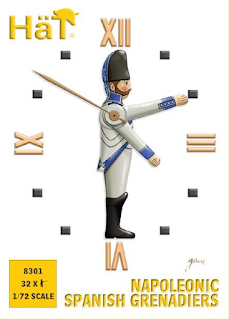 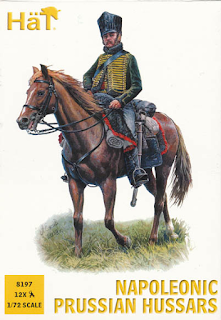 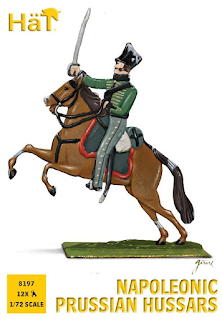